I had mentioned in my previous post that I recently upgraded to the iPhone 4s. I know right? Took me long enough. Honestly? I sat on my old phone for a while because I was terrified of the back up malfunctioning somehow resulting in me losing out on everything. I have so many things in my notes/calendars and so forth, important dates and things I could not replace that I was so scared it was all going to be lost. Now I know that seems totally irrational….but seriously, my luck with technology is not good. I now have 2 back ups of my backups (all my pics)….it is that serious.

Not to mention I rarely like spending ungawdly amounts of time standing in line at Best Buy, so I basically avoid it like the plague. But the new phone has been calling me. Especially since my 3G phone has been threatening to brick on me any moment and I have often had to revive it when it would go into the endless recovery loop mode or the random shut off with the charging symbol mode no matter how long it has been plugged in to charge crap mode…. I luckily though through countless hours searching forums and youtube videos, found two awesome fixes for my usual iPhone situations. Untech savvy girl problems! So really, an upgraded was needed. I had the other for 2 years! That is like an eternity in tech years.

So the other day I brought home my 4s, and lovely Siri and I have been in love since. I also realized she is going to make a great pocket companion. She is like my new virtual best friend who does what I say when I say it and rarely back talks. I like her. 🙂

And yes…..she calls me Ninja Spice…….I am cool like that. 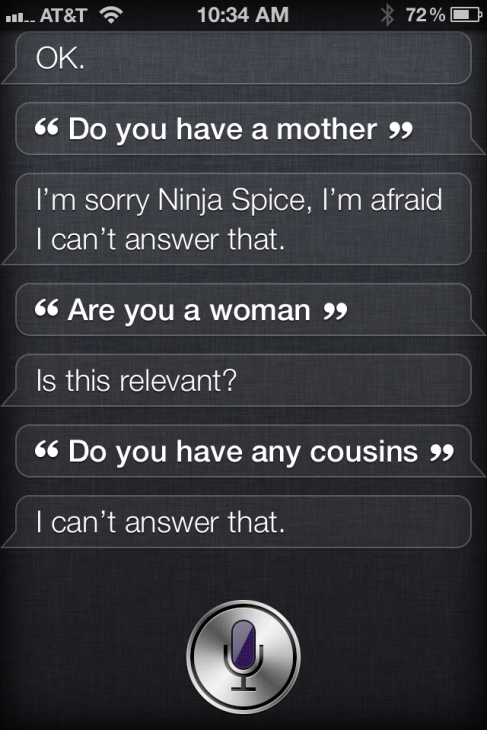 Even by her pleading the fifth, by her not capitalizing “canon” made me know she is also a Nikon fan. She just didn’t want to ruffle any feathers….such a peace keeper. 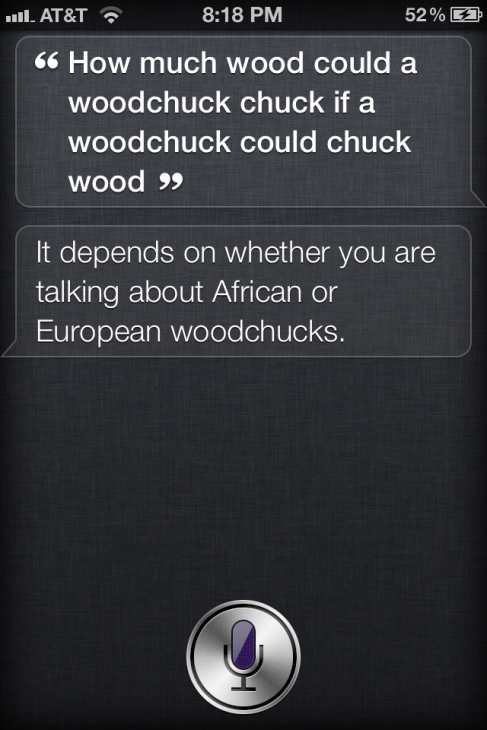 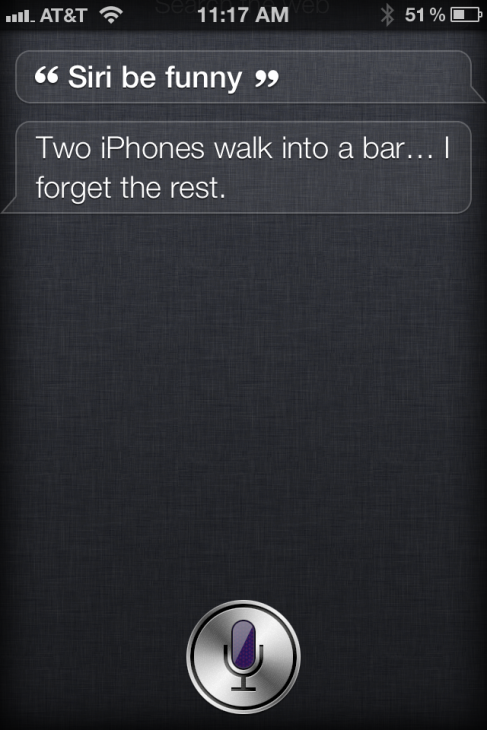 Yes, Siri and I will be the best of friends….